Home Rhode Island News Excavator gets stuck under I-95 overpass 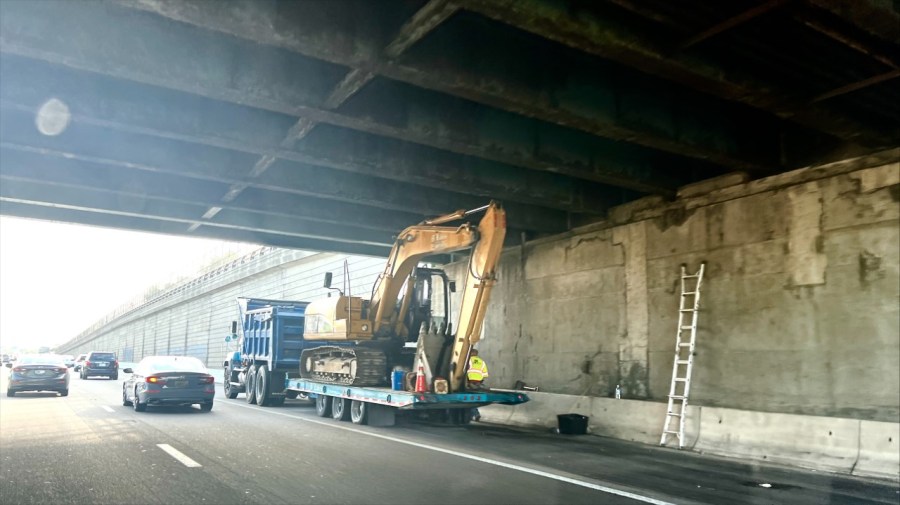 PROVIDENCE, R.I. (WPRI)– An excavator that got stuck under an overpass on I-95 in Providence Thursday afternoon has actually considering that been gotten rid of.

The Rhode Island Department of Transport (RIDOT) alerted motorists of the caught excavator simply after 4 p.m.

The equipment was being pulled on a trailer, and it appears the arm of the excavator got captured on the underside of the Broad Street overpass near the Thurbers Opportunity curve.

RIDOT closed one lane of traffic to eliminate the excavator, however not up until after heavy traffic considering that the truck carrying it had the ability to pull over into the breakdown lane.

It took RIDOT teams approximately an hour to release the excavator from the overpass.

While the excavator wasn’t hindering traffic, it did cause considerable backups on the highway for numerous hours.

It’s uncertain whether the bridge sustained any damage.